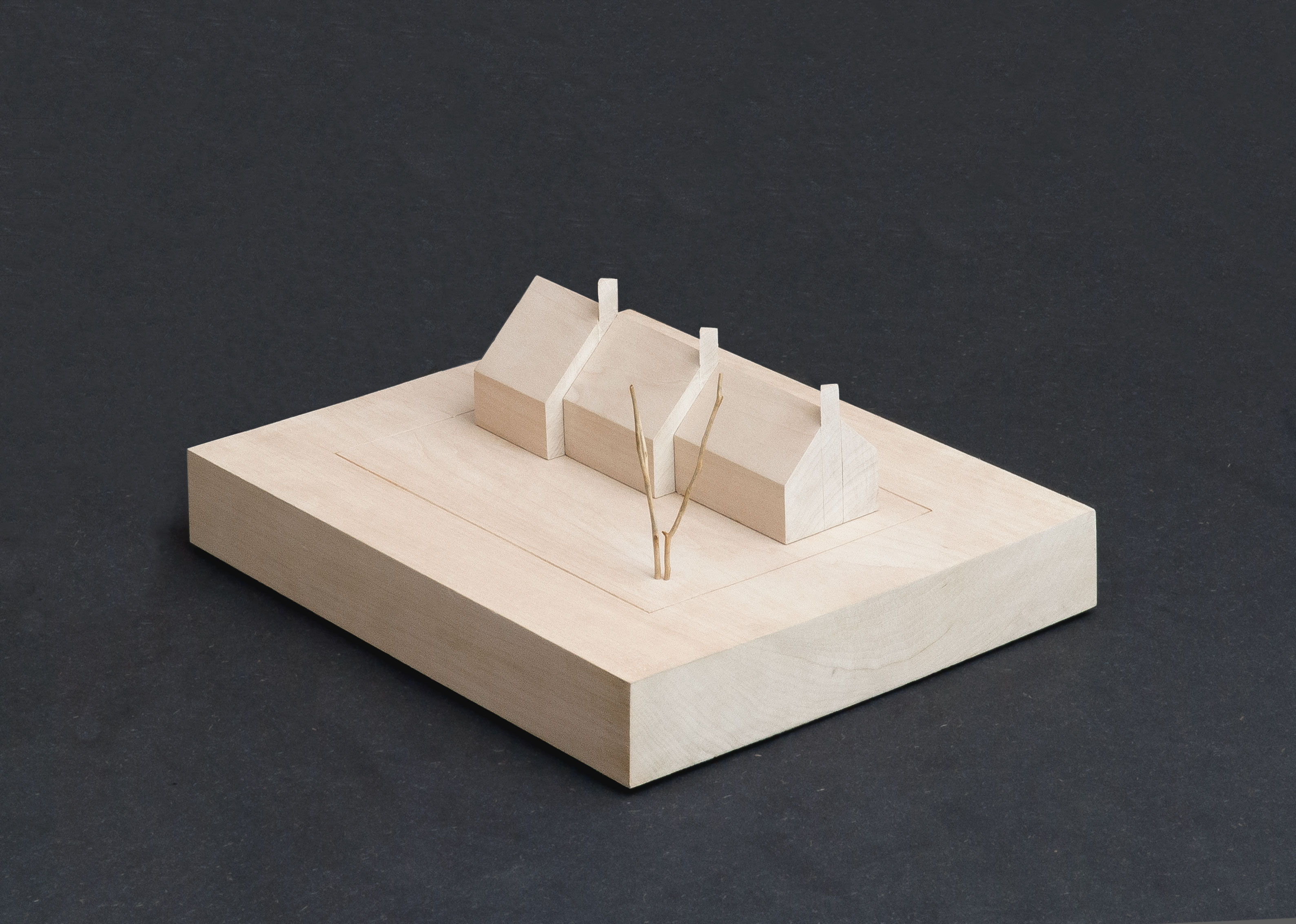 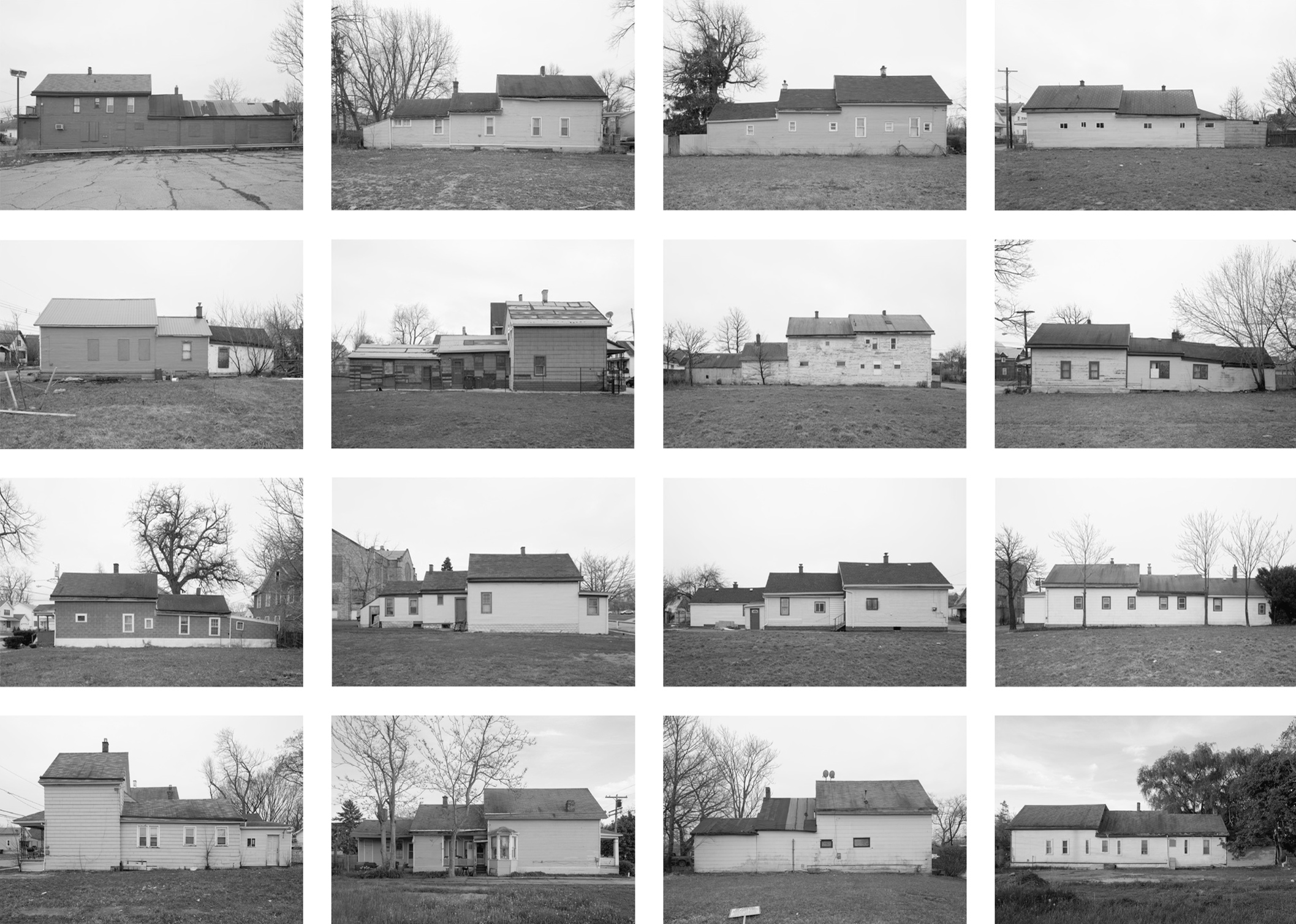 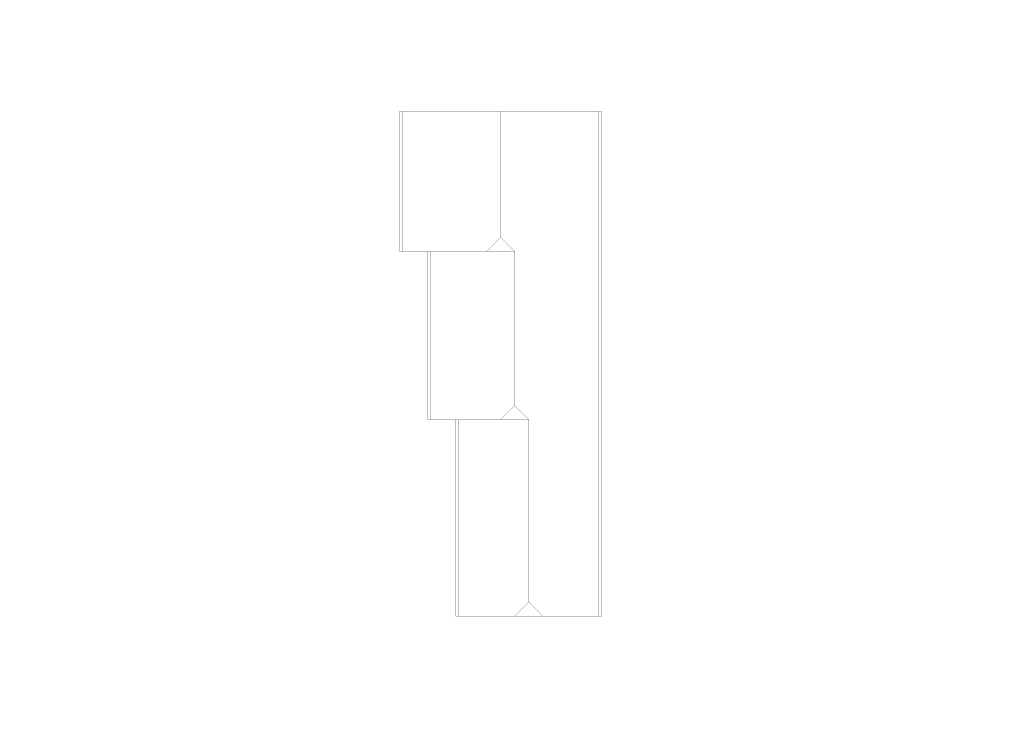 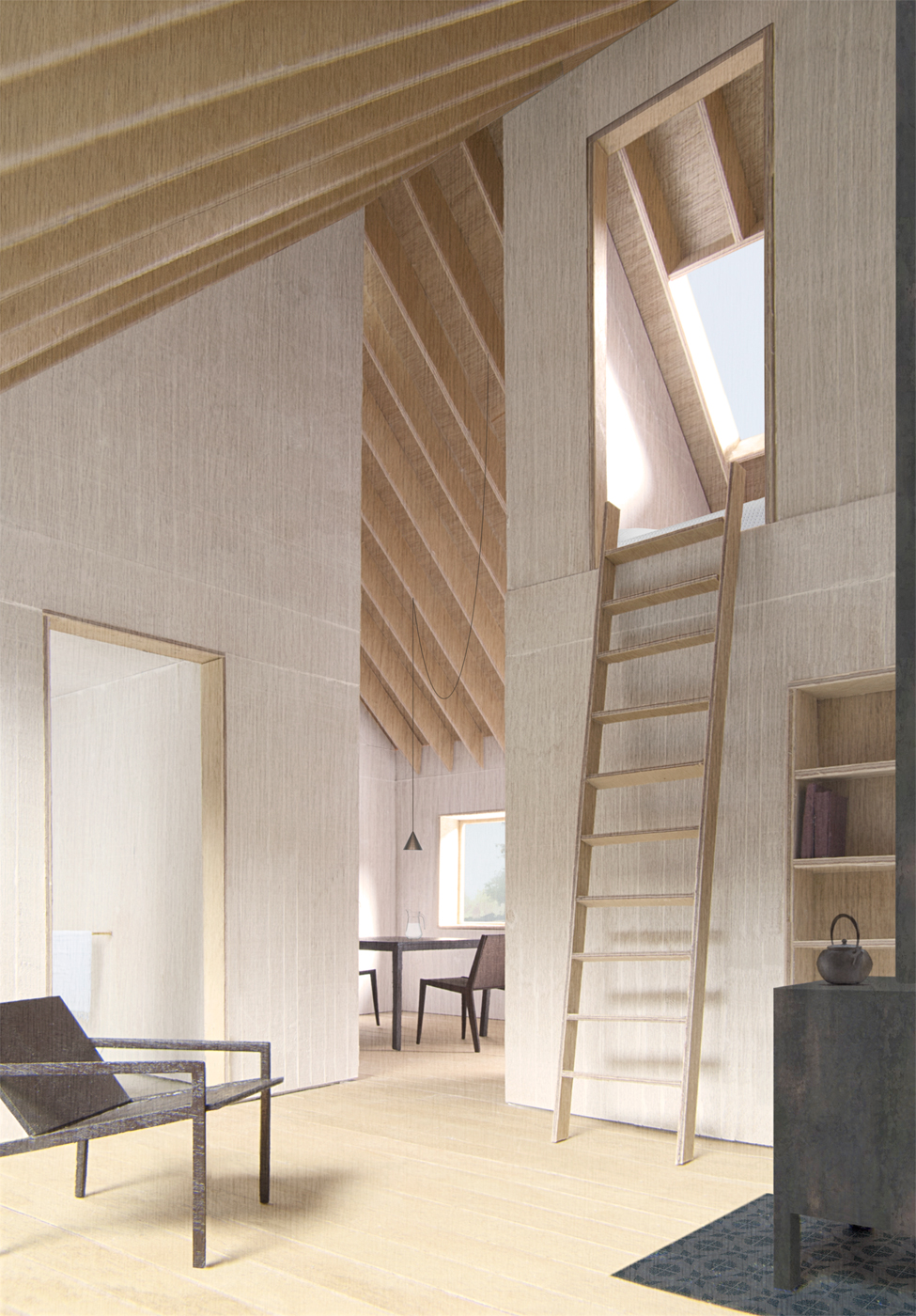 The Tiny House Movement is a worldwide social phenomenon promoting a different approach to housing. The focus is on efficiency and size is no longer the dominant factor; instead, affordability, uniqueness, sustainability and a form of ‘liberated living’ are the guiding principles. For the ‘Tiny Housing’ expo in Almere, HCVA produced a design for three small households that caters to this trend.
The design drew inspiration from the American ‘telescope house’ typology. These enigmatic extended-family houses are found in the coastal area of Maryland and consist of three contiguous, hipped-roof houses joined together in an ascending figure. This telescopic motif evolved generation by generation, with the original house being successively extended over time with a second house with the arrival of children and a third house for grandparents requiring care. Despite the piecemeal development of the ensemble, the houses possess a beauty all their own, thanks to the builder’s intuitive feeling for rhythm and proportions.
Fascinated by this iconic phenomenon, HCVA explored the typology of the telescope house as a prototype for the building expo. By building the three houses all at once, the type is reinvented as a three-family house. Together, the three volumes form a graduated silhouette in which each individual house appears to telescope into the other.