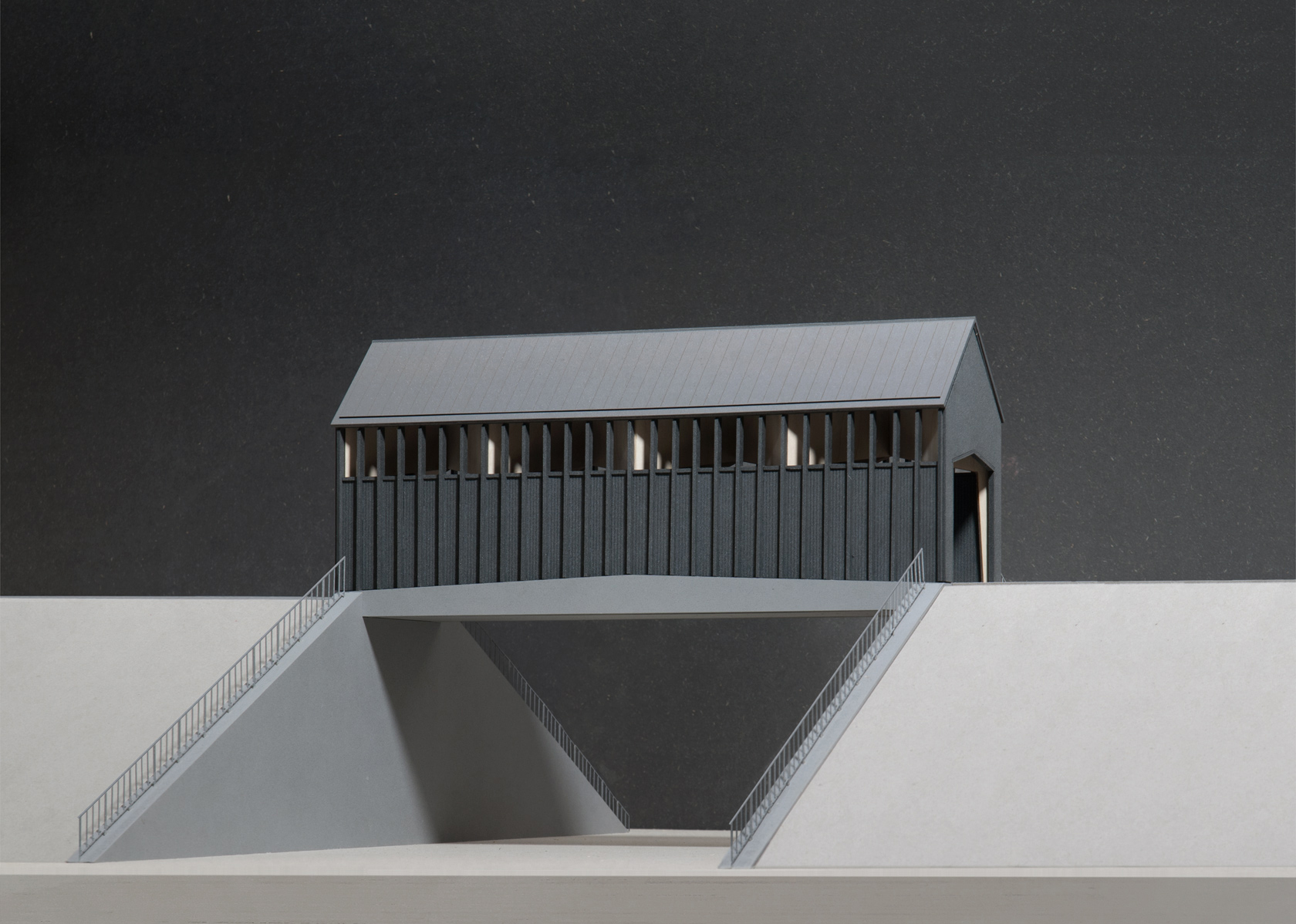 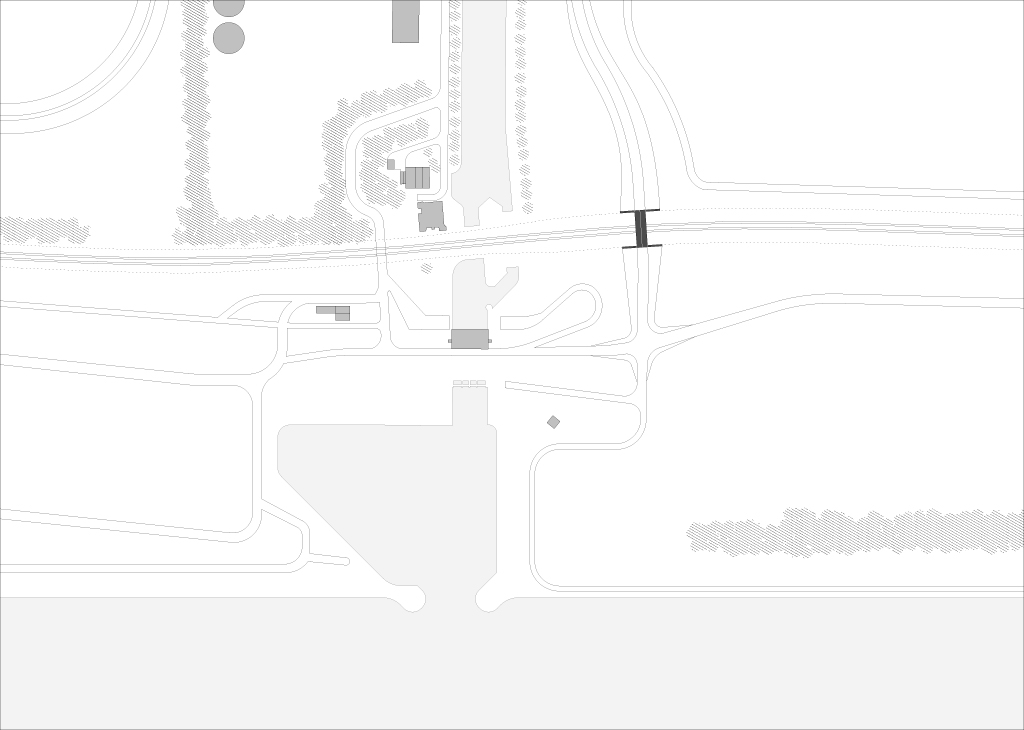 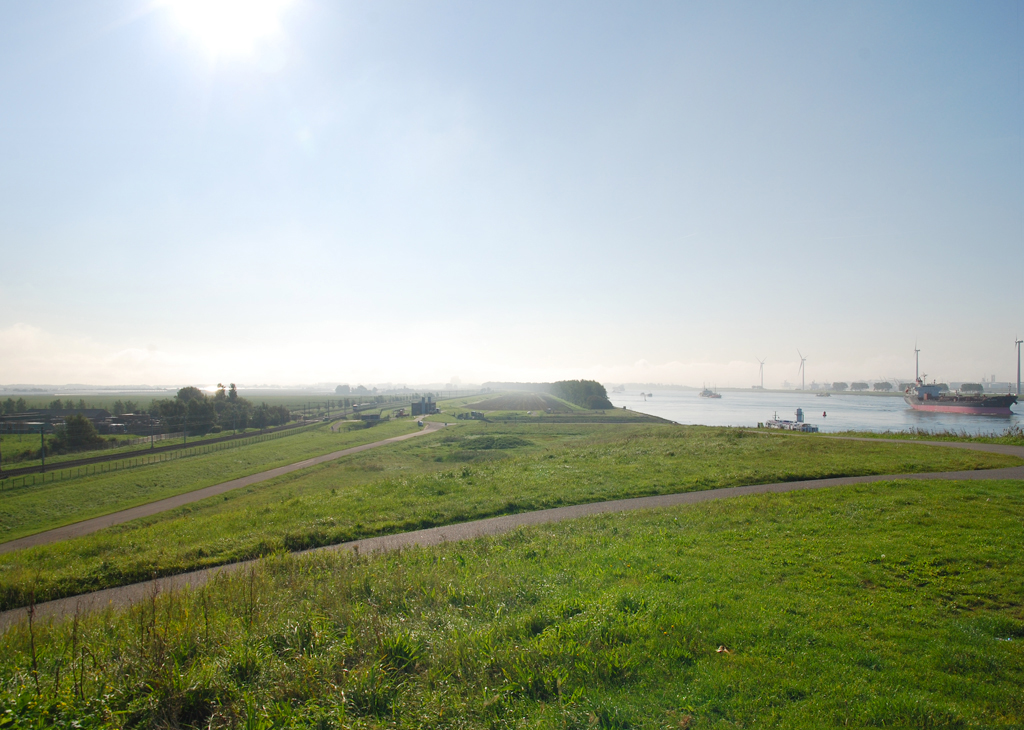 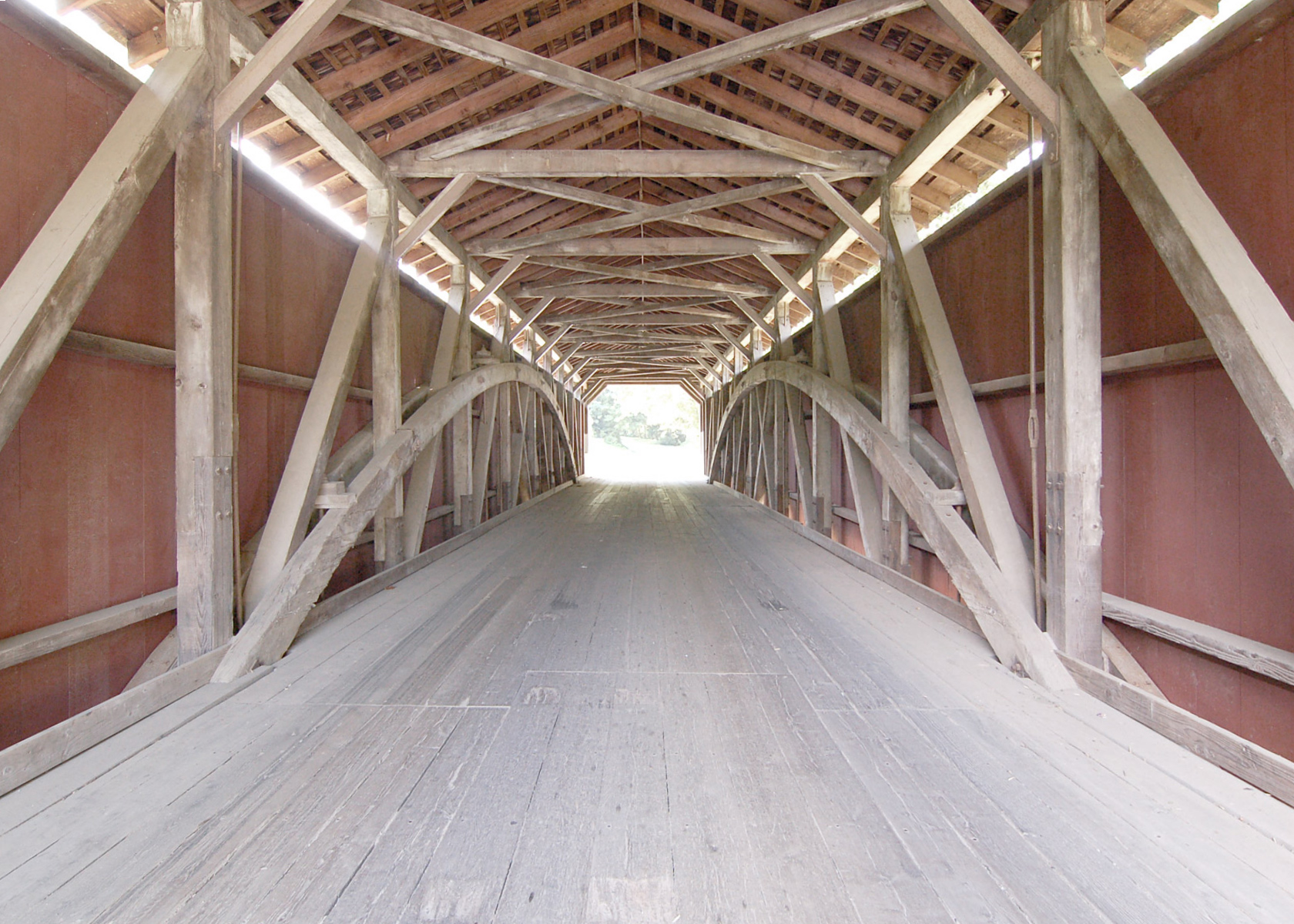 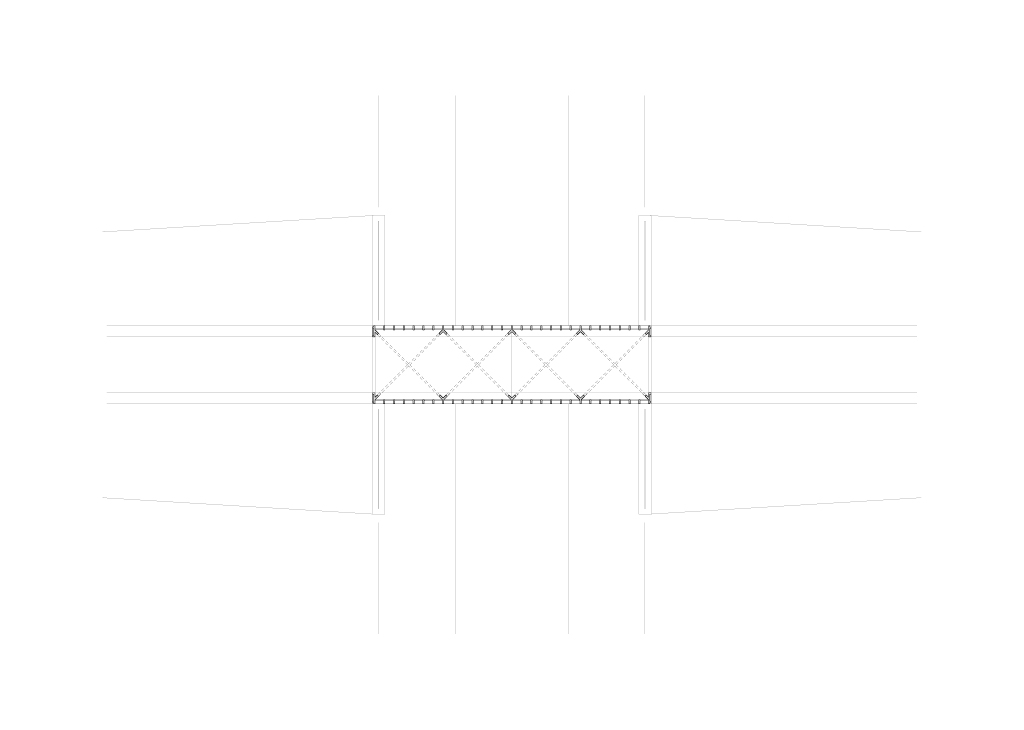 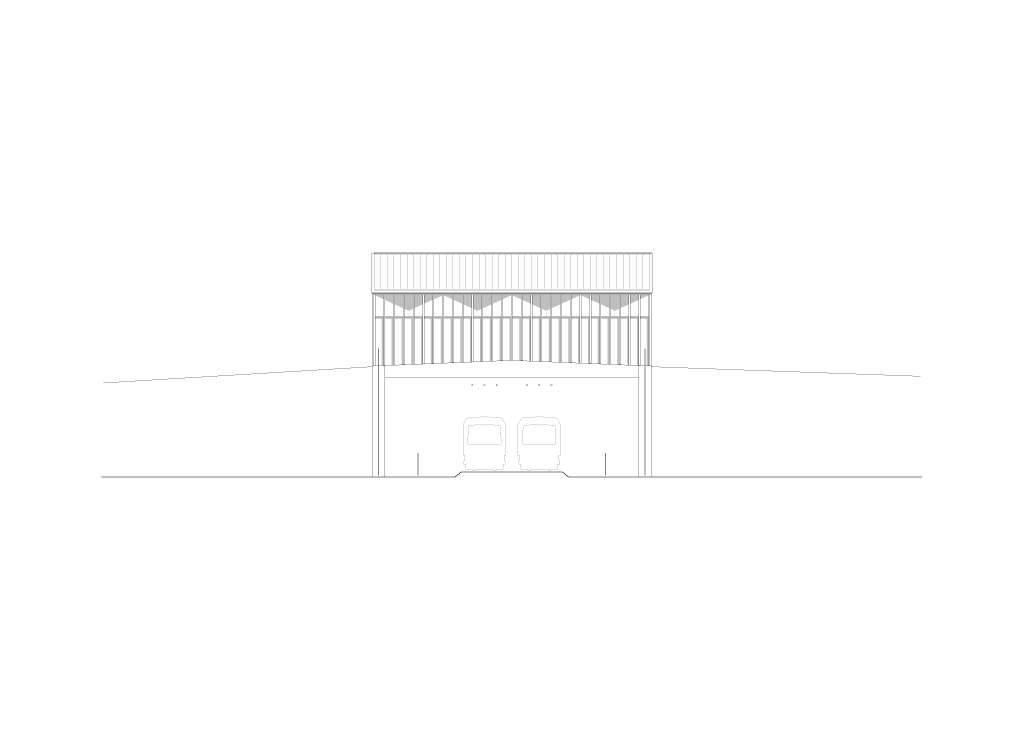 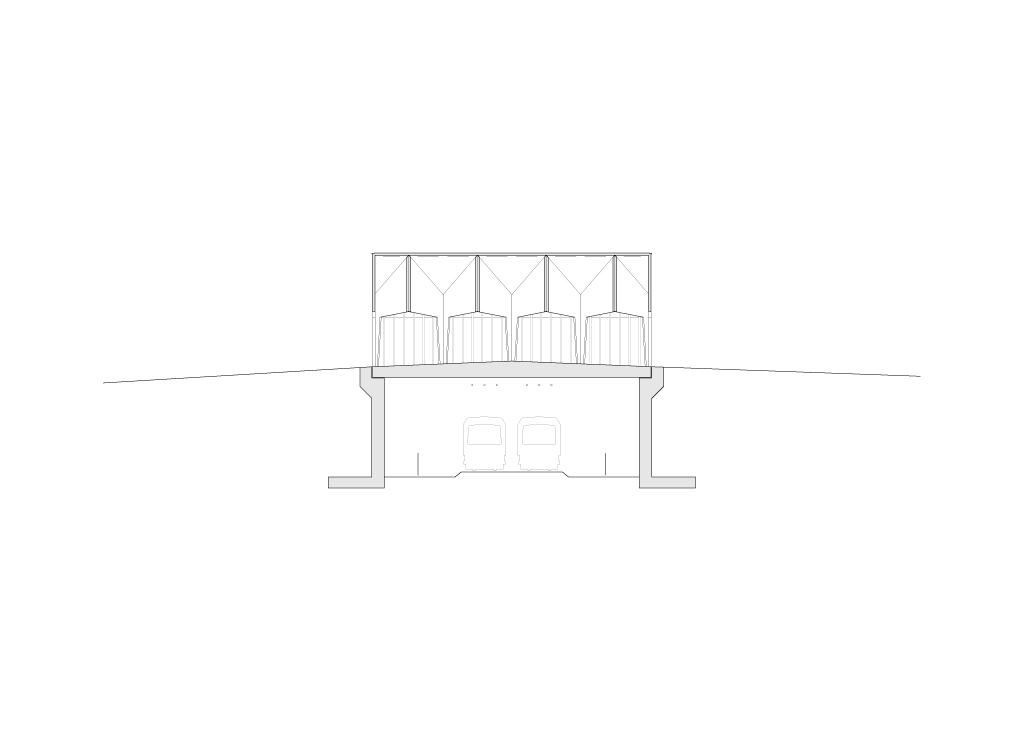 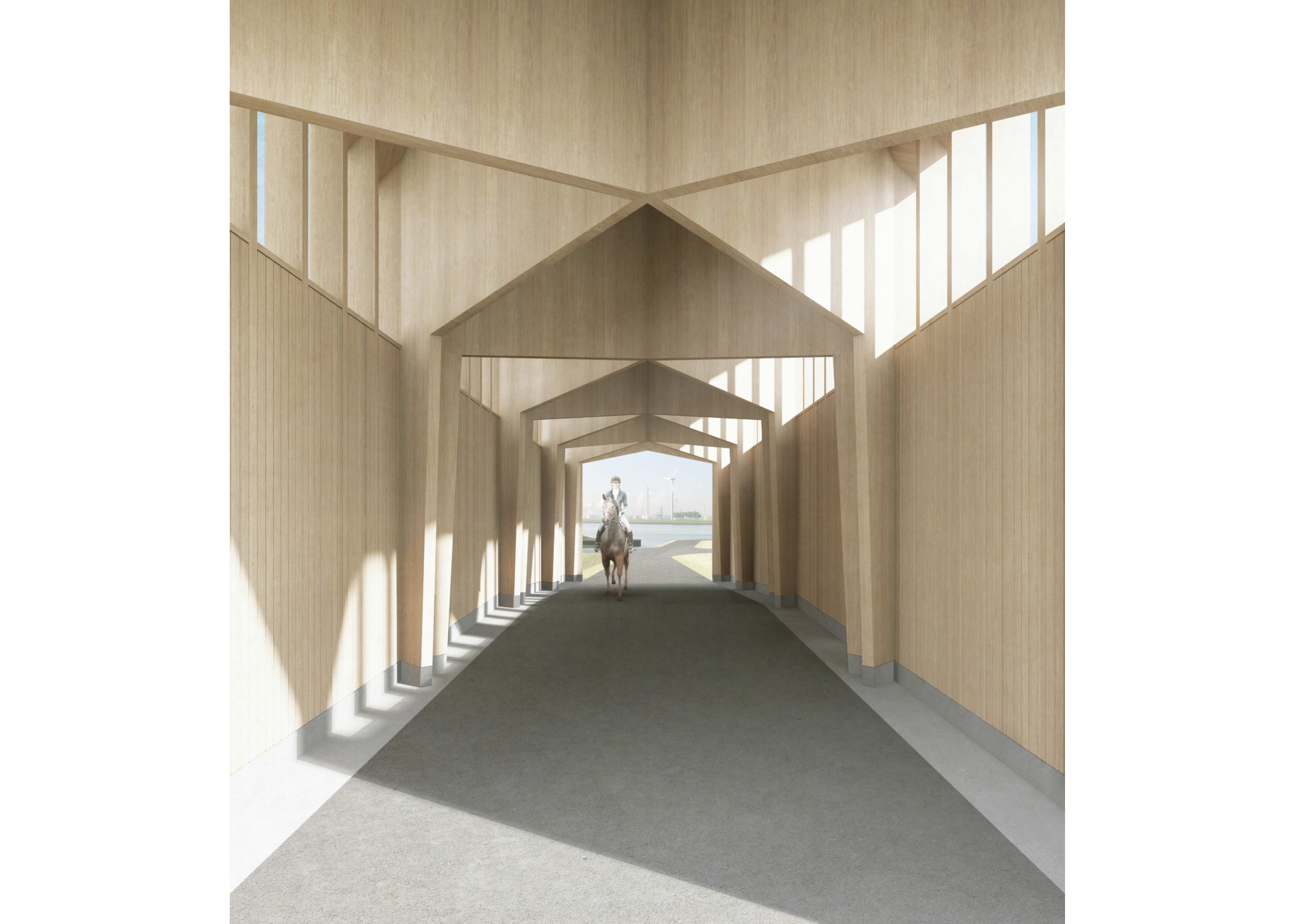 The Oranjebonnenpolder recreational area, located near the Maeslant Barrier in Hoek van Holland, is criss-crossed by a network of paths. The construction of a new railway bridge will allow walkers, cyclists and horse riders to connect with the recreational routes along the Nieuwe Waterweg ship canal.

The typology of the bridge harks back to the 19th-century ‘covered bridges’ of rural America. These were covered timber constructions that mimicked a stable so that horses would cross over ‘willingly’ and not be spooked by turbulent waters or noisy locomotives. A practical, illusory design that also offers an effective solution for this project.

The construction of the bridge is bipartite, consisting of an inflected concrete road surface and a timber superstructure made up of four cross-laminated portal frames. Together they form a sturdy structure with an archetypal silhouette. To amplify the abstract effect, the timber walls will be painted with graphite paint and the saddleback roof covered with patinated zinc.