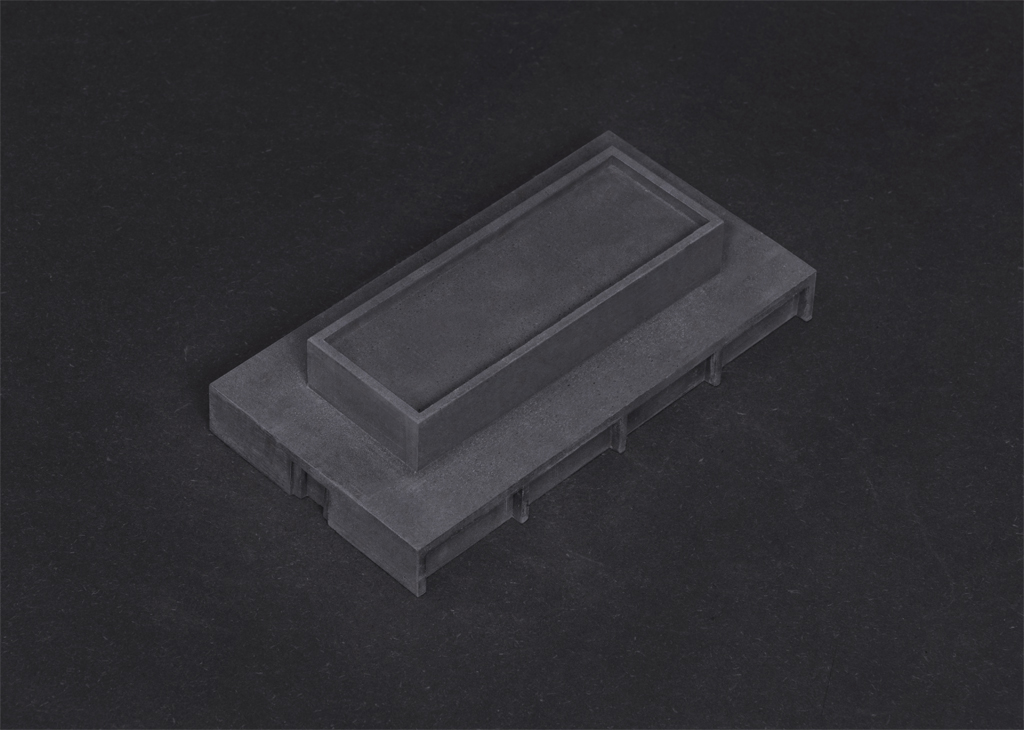 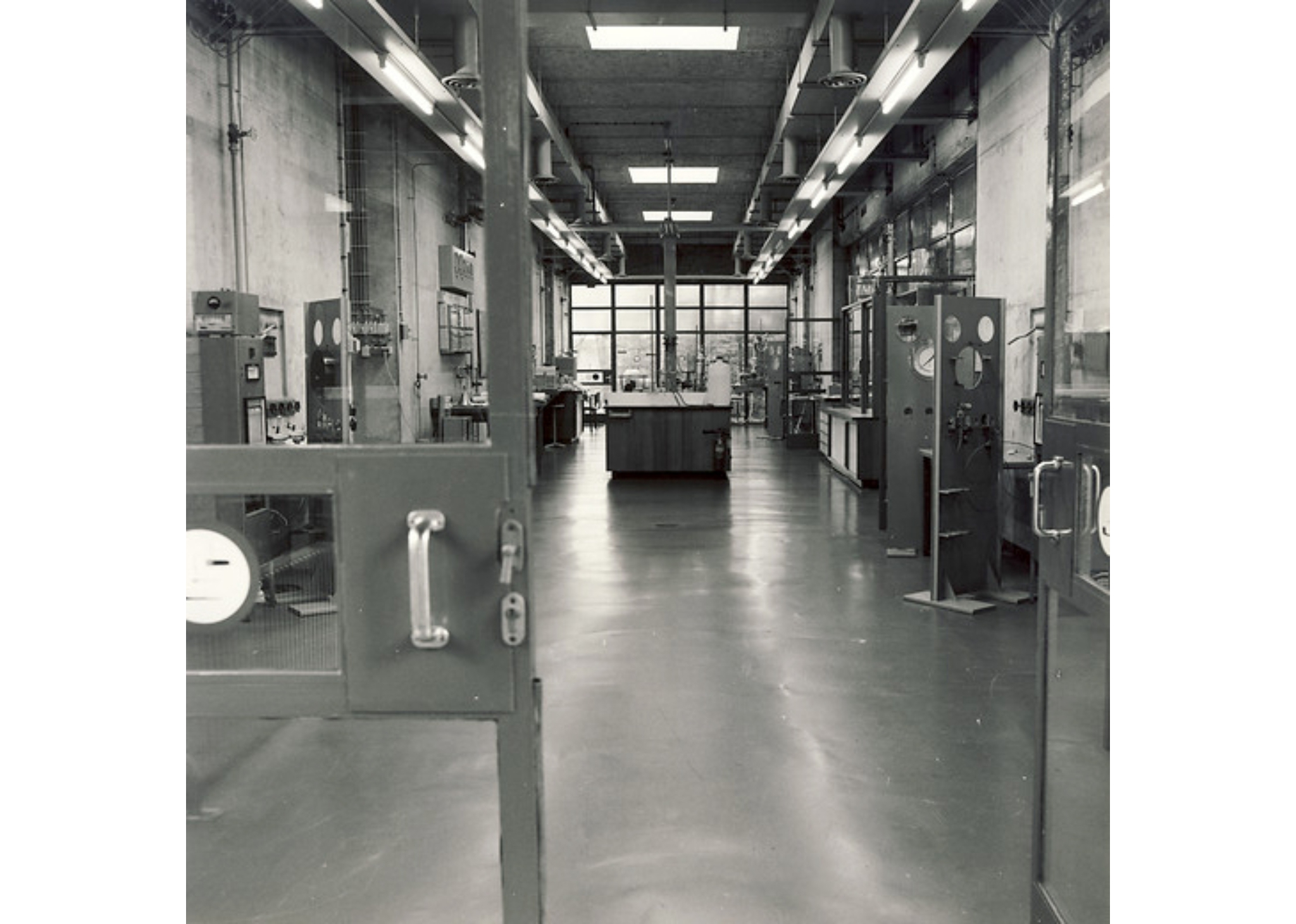 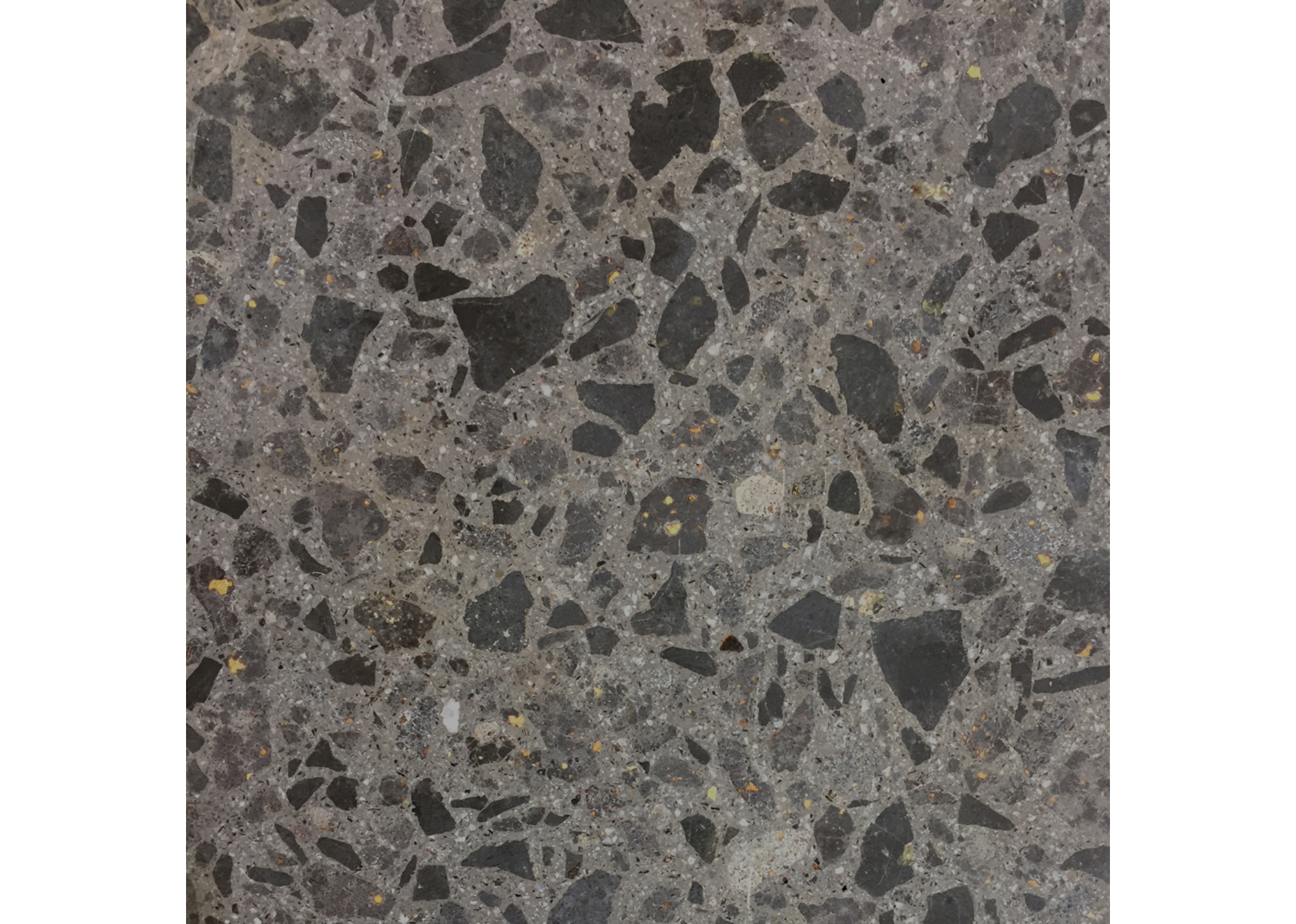 Industrial Catalysis Lab is a laboratory building in which research into high-pressure catalytic reactions is carried out. The tests take place in concrete bunkers, sometimes at high temperatures with explosive or toxic gases. The building contains eight such high-pressure bunkers operated from a central control room in the heart of the lab. At the front of the building is the reception area with offices and a preparation laboratory. The rear zone consists mainly of technical spaces.
The building is symmetrical in plan and is cadenced by a sequence of four bays. The poured-in-place concrete load-bearing structure is clad with black polished concrete columns and facade beams. Set back within this frame are steel facade elements consisting of louvred grilles and structural glazing. The building services plant, which occupies a substantial part of the roof surface, is surrounded by a perforated screen that gives the building added height and expresses the building’s technical function.